David Kimmerle had been given many excuses in his life for a long time as less than but he used them. Then he realized that he needs to make his own reality and throw all excuses out the door and started a new life. Simply, the state of Utah award custody to David when he was almost 7; his parents were doing drugs and going to jail and they were going through so much that the state took them away. He lived in Primary Children’s Hospital for a year and then transferred to a boys ranch for another year before a nice Mormon family adopted him. He was quickly thrown into a normal reality where he did not do well. He was socially inept and had many issues from his experiences which left him broken for many years. He spent the next 15 years making excuses for terrible decisions and blaming his reality on the past or others. During that time, he had a terrible relationship with his fantastic new parents and was neck-deep into substance abuse, trying to hide his depression. He likes to think everyone else has had to deal with tribulations in life; like the rise of the Internet, which put his distribution company out of business and the crash of the housing market, which had him bankrupted. While dealing with the problems “normal people” had, he was carrying around the baggage of the past, making reality almost unlivable.

On his 30th birthday… he woke up broke, fat, depressed, and addicted. That’s not where he dreamed he would be when he was a kid. Shortly after, he breakdown after he did a reality check; he did not like the results. Realizing that all problems were his and he was not dealing with them and while he was hiding, they were piling up.

Shortly after that conversation, he finally got it. He needed to get on team David and like him; needed to have faith even if nobody else did. He wanted to be a man and even more so, he wanted to make up for my past by showing everyone he was ashamed and sorry. He decided to accomplish the impossible; not only be a man, but morph into THE MAN. He was 30 and had no idea of what he wanted to do or how to do it; He just knew he needed to work 12 hours a day doing something…

He started a new goal, but was unemployed and could not find work, so he went to the gym almost 2 times a day for 50 days. He went to lose fat and went to lose any anxiety and guilt. He had no intentions of being a professional fitness model at that time. Eventually, I was “found” and I got into modeling and I have not looked back since. 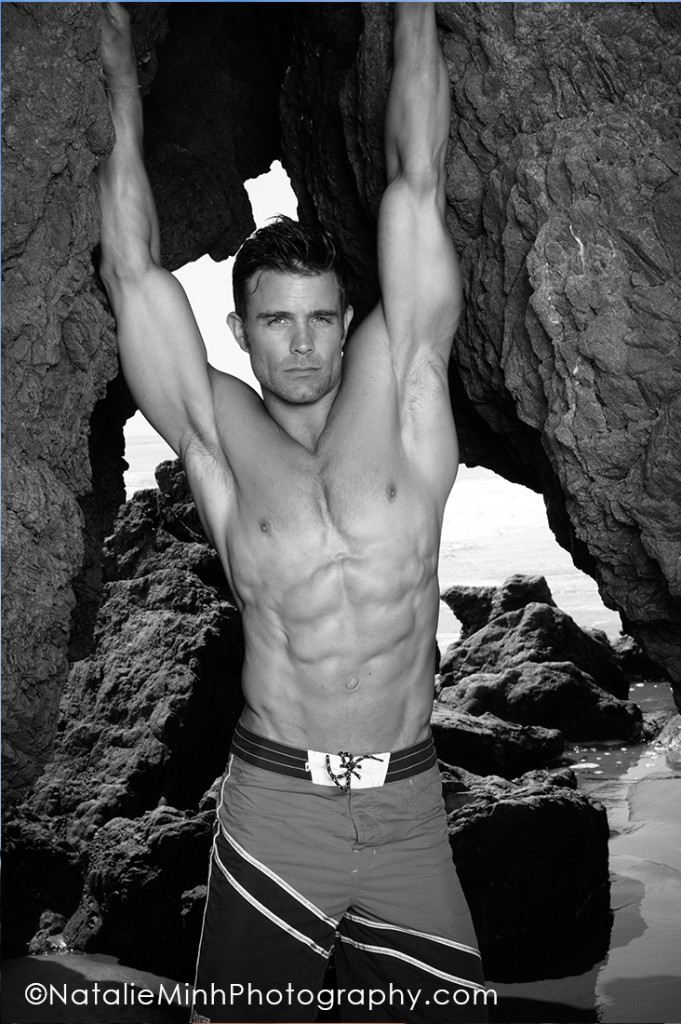 He live each day positive and even if his glass is ¾ empty, he will fill it to be ½ full! Used this whole “dealing with my problems” for the last 5 years and it works. Once his problems were dealt with, he used the same energy to fix his life to build a new career. This has been an ongoing process, but it is working. He became cover model for over 50 magazines and books, and have a new dream job as a full time model and sponsored athlete.

How many years did it take you to get your physique now?

I have been training almost every day for the last 5 years, but to word it another way, I got my first cover of Muscle & Fitness magazine within my first year of training and I started at 26% fat. I feel like I was able to accomplish such a feat with the heart rate monitored protocol I follow to this day and preach others to follow around the world on The Kimmerle Plan.

To be honest, I was discovered. I used to swing a hammer for a living and deliver packages to door steps; I never thought in a million years I could be a “fitness model.” My dreams as a kid are fun to remember now; all I wanted to be was Mr. Utah and to be on a cover of a magazine. Both have happened and I am grateful.

Can you tell us the biggest obstacle or setback you had to overcome when you first started out?

I could not get myself to do what I was telling me to do. I could not control my mouth from saying I was going to do stuff, even if everyone around me knew I was all talk. I think changing my definitions of “try and effort” really helped. I in my own mind thought I was trying, but when I compare my definition of “try” now to my old one; I was not trying at all.

Your life has been full of ups and downs. Has there been a time when you have ever considered giving up? What kept you going?

A few times and those are too personal to share. I will tell you that waking up after you tried not to………..is quite the experience. What kept me going at those times was simply that I kept waking up. Then I realized that I was going to keep waking up and made the biggest decision of my life to will tomorrow to be better than today.

The trick I learned is that I also needed to add accountability to my “will”. Now I sleep an anxiety free, guiltless sleep.

Can you tell us more about your first competition experience? What was your preparation like and what titles have you won?

My first contest prep is kind of funny… I lived in Utah and had no idea what a competition really was. I found out about the LA Fitness Expo from a friend and I decided to enter. I had to borrow money to compete and if I did not win, I would not have been able to afford to come home. That really happened. I slept in the back of my car because I had enough to fly to LA and rent a car but, not hotel. Crazy, huh? I get to the convention and a new friend I had met months earlier walked up to me backstage and asked me if I knew my quarter turns, I asked “What is a quarter turn?” He asked “Do you have oil?” and I answered “No” and then we got the call to go out to stage. Well, within two minutes, this friend, Rob Riches, showed me quarter turns and patted me down with some oil and sent me out to stage where I was able to take home a win. I was so freaked when they handed me a check the size of a small car. I needed money to fly home and eat, not a cool looking check haha. They ended up handing me a smaller check and I made it home safe. Looking back sometimes, now that I am not a rookie anymore, I realize how crazy my journey has been. I have to admit, I would not have entered that competition knowing what I know now. I flew to LA from Utah to beat everyone and if I didn’t, I could not fly home or pay my buddy back. OOOSh my first competition is quite the story.

What tips would you give to those stepping on stage for the first time?

Diet like you borrowed money to enter haha. Understand your body’s strong points and the best way to present them. Get a great tan and smile like you just won a million dollars! Get a coach or some advice on how to dial in the final weeks; how to peak. Have fun! Everything is so subjective, you never know how it is going to go. Take pictures the week before and the week after. Those pictures will mean as much as the trophy, I promise.

We’re curious, what is your diet like? What do you eat in a typical day? Do you avoid anything in your diet?

It is less about what I avoid and more about what extra I do. I make my own Kefir, I take about $300 a month in supplements, I eat whole organic foods as much as possible, and I take my digestive enzymes. 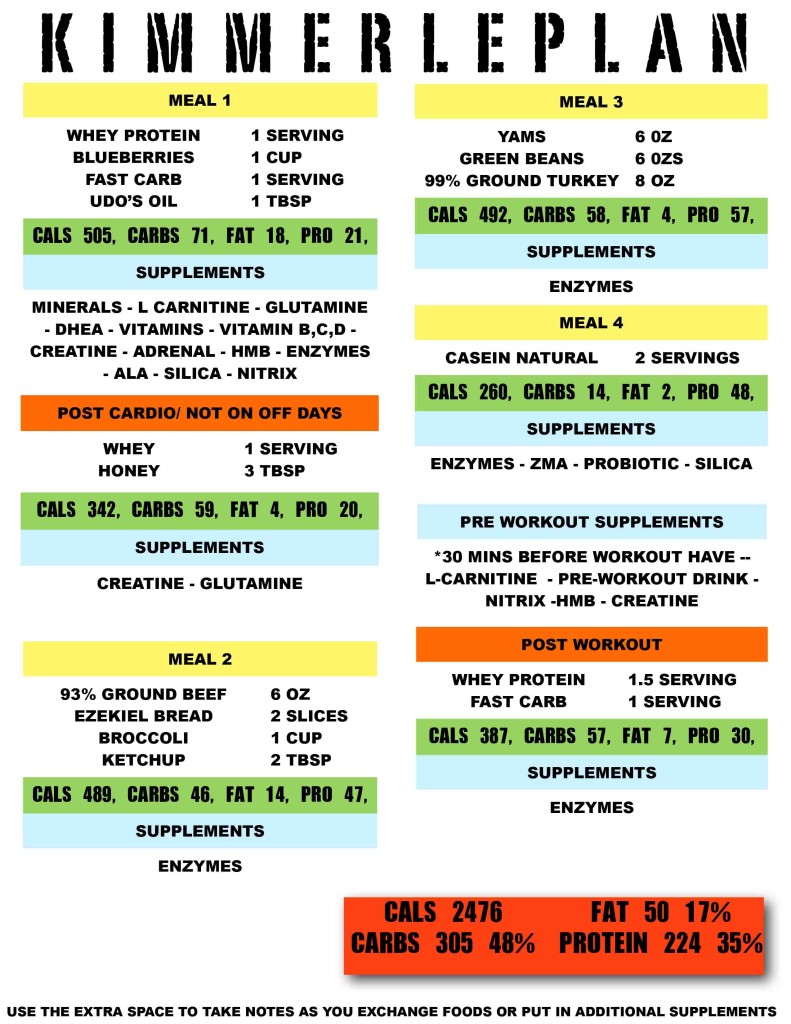 What’s your training routine? What specific program do you follow? (Please include a few details – training split, sets/reps, exercises, types of cardio, etc.)

One of my favorites. 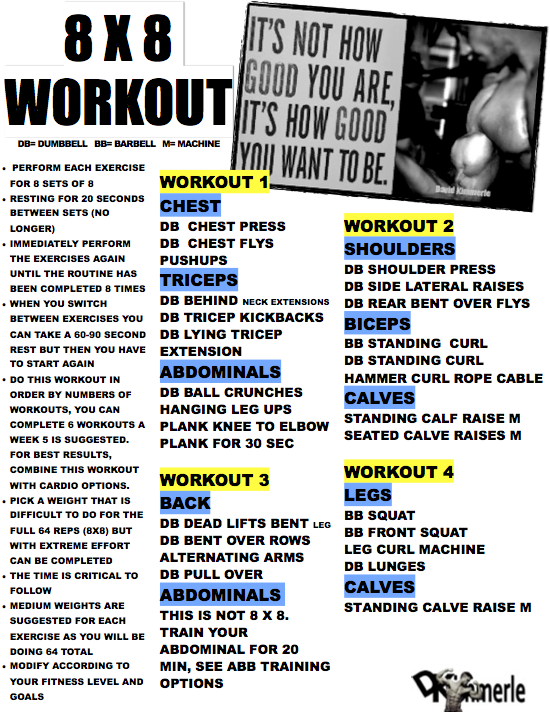 Do you believe in supplements? If so, what are the ones you use and what results have these given you?

You are one of the most sought after male fitness models today. What else do you wish to achieve in this industry? What advice can you give to someone who wants to emulate some of your success?

Thank you. I wish to get my membership based website to a whole new level, I want to show the world how to heart rate train and educate their eating with the results from the watch. I want to host my own TV show and I would like to eventually get a role in the movies.

Advice from me is: Don’t do steroids, don’t take pictures your mother can’t look at, try harder than you think you have to, do not let no’s get you down, get your social networks up, understand that there is no off-season, promote yourself, and be humble.

What’s next for you? When and where can we expect to see you compete? What are your future goals in this industry?

I am unsure about my future competitions. I am enjoying the modeling side of the job and if I get too big for stage, I lose the body my sponsors are paying for. I will probably do a NPC National Show this spring, just not sure which one. My immediate goal is to get The Kimmerle Plan website booming and host my own television series.

Last words, where can we find you on the Internet?

I am not special and I was not born special. I am a guy that just decided to do something and have not given up. 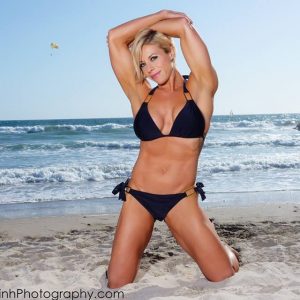 Brett Bauer was born and raised in upstate New York in Rochester and then moved to Tampa to attend the University of South...