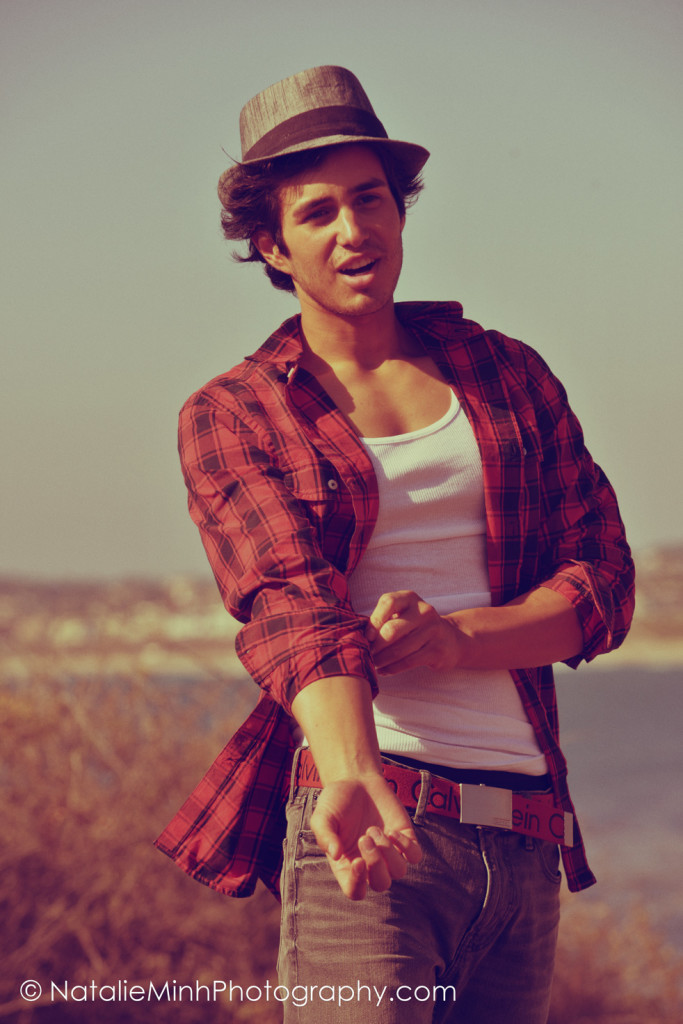 1. Can you tell us something about yourself?

I am currently 22 years old and living in West Covina, California. I’m gratefully back in California and now working as a Fitness/Lifestyle Model. I originally started out working as a Computer Tech for LAUSD back in 2009 when I picked up flying/aviation which later brought me to move to Miami, Florida where I completed my training and flew a bit before setting off to Lima, Peru in South America. In South America I continued to fly and completed all my exams/flights to obtain my ICAO Commercial Pilot’s License to go with my FAA license. While I was in Lima; I also completed the training for the Airbus320 Family Type under the guidance of TACA Airlines in Peru. I returned to visit my family (whom live in Burbank, California) for the Holidays and ended up staying a bit longer than anticipated; needless to say, I never returned.

2. How did you get started in fitness? Do you have any athletic background?

I grew up playing sports and was very involved in athletics; whether it was playing basketball and flag football in school or basketball and being a Jr. Lifeguard at LA Park & Recreations. I first started weight training in High School to get stronger for basketball; but back then most of my fitness involved playing basketball and less weight-training. A few years with a bad combination of working (public school hours) and taking full-time night classes at the college right after work (4-11pm) everyday + Saturday classes got me into a rut where I was just surviving on cafeteria food day-in/day-out while getting in worse and worse shape daily. I tried getting back in shape quite a few times while maintaining that schedule; but it never quite worked out with my nutrition being flawed and my lack of knowledge at the time. I didn’t adopt an entirely new approach until I was in South America; where I made a resolution to get back in shape in order to look good in my pilot’s uniform. Since that day; I have never looked back.

3. You used to be a pilot; can you tell us more about it?

Sure. They say the 2nd greatest thrill known to man is Flying….. The 1st?  That’s Landing. I first picked up flying when I rented a small high-wing Cessna172 for an Introductory Flight with an Instructor in the Long Beach Airport; that first flight got me hooked on flying. I found my initial flight in the Cessna to be exhilarating; so I went ahead and rented me another Flight with an Instructor. This second flight was in a small low-wing Piper Warrior located in the Van Nuys Airport. That second flight motivated me to look for flight academies and schools where I could learn to fly; my quest led me to an International Flight School in Miami, Florida. Miami was perfect for flying since their location had countless airports nearby and weather conditions allowed year-round flying.

I moved to Miami a few months later after putting in my notice to discontinue my job with LAUSD. No longer working for LAUSD; I focused myself and put 100% of my effort in obtaining all my FAA licenses. Determined; I completed my licenses in record time, finishing and leaving even before some of the student who had arrived months prior to myself. TACA was set to hire and train a small group of Airline pilots the following year for their Peruvian base in Lima; so I left for Lima, Peru and flew in Icca, Peru for a while training and taking all the necessary exams in order to obtain the ICAO licenses to fly international from Peru. Wanting to take part in that initial group of pilots brought on board by the airline; I took the exams and interviewed alongside some 300+ pilots for only 12 airline positions and secured a spot from where I went on to complete and pass the training for TACA’s A320 Family fleet which consisted of the Airbus 319, 320, and 321. The company was doing some re-structuring due to a new merger acquired by Avianca; which left a lot of the newly trained pilots with nothing to do. In that time of chaos; I returned back home where I was drawn into the world of Fitness Modeling. 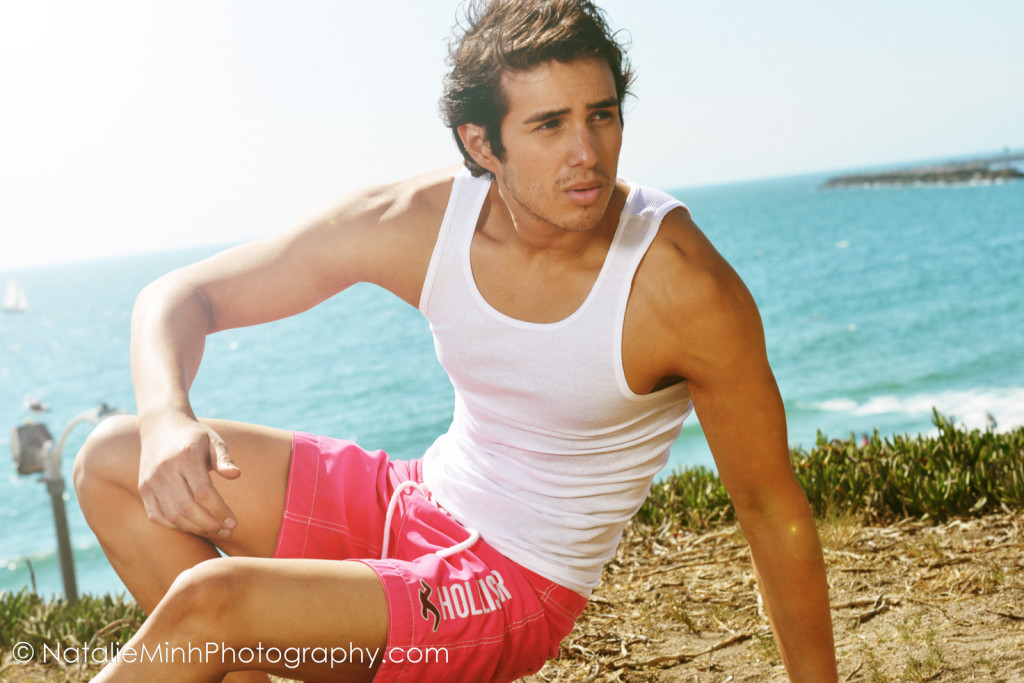 4. What made you decide to get into fitness modeling?

Living in California, I was always intrigued by models and actors; but I never truly saw myself as being a model or actor until after I got into fitness and developed a physique that I was both proud of boosted my self-confidence. My love for fitness put me in a position where I was able to see how the life of Fitness Model functioned both on and off the stage; the biggest change for me however was when I went to my first Fitness-Expo in Los Angeles. This allowed me; not only to but to talk with some of the fitness models I admired. The second experience that allowed me to finally start seeing myself truly capable of pursuing and becoming a fitness model was when I was asked if I could model for someone who was coming out with his own line of clothes. That new line of clothes never ended up being completed; but it propelled me in the right direction. I was fortunate enough to work with an incredible photographer and great mentor, Natalie Minh, on my first shoot. Shortly afterwards; I was asked to work as a Fitness Model for one of the companies in the FitExpo located in San Jose, California along with working alongside other artists for other projects.

5. Have you thought about competing?

I haven’t really given competing much thought since my original goal was to just get back in shape to look good in clothes; but that could be a strong possibility somewhere along the line if my career crosses that path or the opportunity presents itself.

6. Since you’re in a competitive industry, have you experienced rejection? How did you cope?

Yes; I have been rejected or turned down for a few jobs. While rejection at times is almost a certainty in such a competitive industry; it’s also important to remember that you aren’t necessarily being rejected because they don’t like you as a person and rather in most cases it simply comes down to which person fits what they are looking for better, whether it’s someone who is: younger, taller, bigger, smaller or with any other characteristic.

My typical diet consists of High-Protein/Low-Carb with carb cycling on Wednesdays and a hard carb-loading/reefed Sundays. I will typically eat steak 4times a week on heavy training days; the other days I tend to mix a balance of turkey, chicken, tilapia, and salmon. I aim to maintain my carbs at <50 on a typical carb cycle; which leads me to eat plenty of meats every day and every meal essentially becomes a high protein meal. 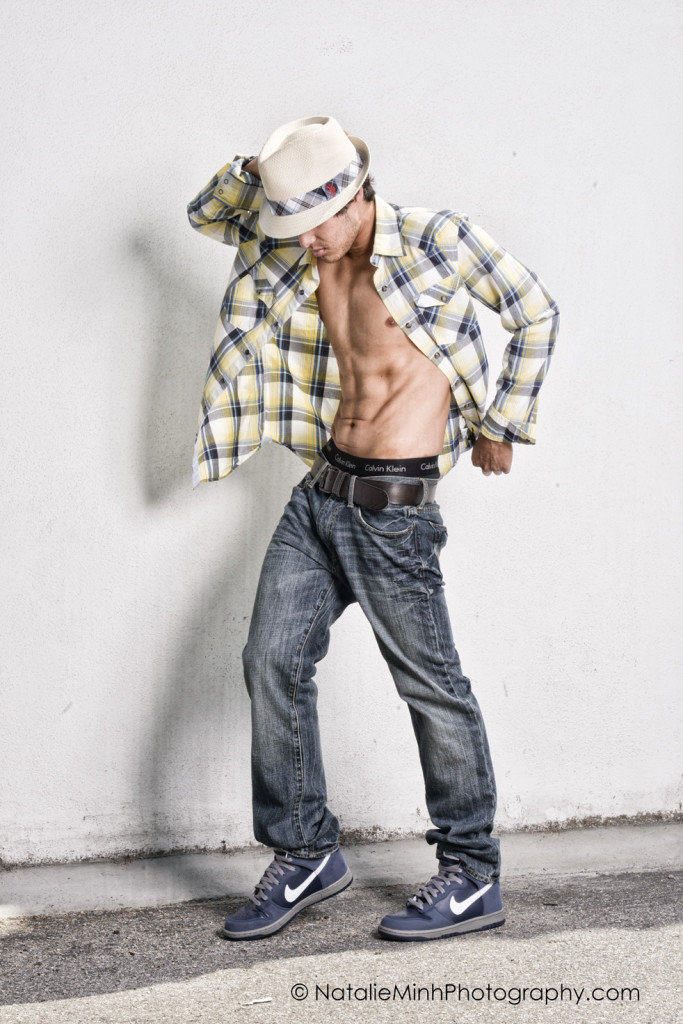 8. Are you taking any supplements? How useful do you think they are? Yes, I am currently taking the following:

I believe supplements are just that… supplements; they should supplement your daily nutrition and help fill in those missing nutrients/help you reach those extra macro’s, but nothing can replace eating real food.

9. What is your workout routine? What specific program do you follow? (Please include a few details – training split, sets/reps, exercises, types of cardio, etc.)

I work-out 6days a week where I give 3 days for upper body workouts and another 3 for lower body/leg + abdominal workouts. I use a 15-12-10-8-failure repetition in most of my muscle groups where I raise the weight after each set until I get to a weight I can only do 8 repetitions of then drop-set it by lowering the weight on the 5th set and finishing it out at a lower weight. I typically like to use free-weights in my routines; however I do occasionally like to try out new workouts and include machines to “change-it-up” a bit. Some of my favorite routines include:

10. How long did it take you to achieve the physique you have now?

I’ve been training 6days/week & watching my nutrition very closely for the last 2 years; I started training when I was in High School at the local YMCA but I didn’t really train smart or know much about fitness until the last couple of years when I really started taking this seriously and tracking all of my nutrition along with my progress and being 100% consistent.

11. What is the most challenging thing you dealt with in order to stay in shape? Negativity and time constraints have to be some of the biggest challenges once you make the change. Time management becomes a priority and prepping all your meals ahead of time really helps you stay on track with your nutrition; especially if you are always on the go. If I’m out of town then it’s a simple task of finding a Von’s or Fresh&Easy to stocking up on bags of Tyson’s Grilled Chicken Breasts; I have found them to be the leanest without any carbs/low-sodium of any already cooked meats and they are a quick on the road alternative to eating out or fast food. Negativity however comes from all-over the place; whether it’s someone at the gym or a family member who think you are “depriving yourself” and/or “becoming too skinny” when in reality it’s about eating with a goal. I always like to tell people: “I eat for function not pleasure; food is fuel.”

12. What is your short term and long term plan in the fitness industry? Are you working on any projects?

In the short term; I have to decide which move to take in regards to which agency I will sign with and if I’m willing to move to New York or remain independent/unsigned for the meantime until I get some more credits and then reevaluate. This is a big commitment which will strongly affect me long term since representation will generally help advance my career; but it can also become binding with the 1-3yr exclusive contracts proposed. My other long term goal would have to be to continue building my resume/credits so that I can be better prepared for any opportunity that comes my way. I’m actually currently working with the Margie Haber Studio in West Hollywood and going to be undergoing some Intensive Workshops along with taking coaching in order to transition into the Print/Commercial + Film segment since I have been getting a few TV/film offers sent in my direction.

13. Any shout outs? I’d like to thank all the people who have supported me in my journey; especially the incredibly strong ladies that make up my family (aunt, mom, sister and grandmother) who have always been there and had my back in all the changes I’ve gone through as I pursue my dreams and passion. Thank-You. Without any one of my supporters; none of this would be possible.

14. Last words, where can we find you on the Internet? I actually have my own website site www.JonathanFranyutti.com from where you can view some of my gallery images/work I’ve done along with just random everyday photos and there are some links on there for those who want to follow me on any or all of my social media sites such as: Facebook, Instagram, Twitter, and even BodySpace or just simply send me a message/e-mail etc… 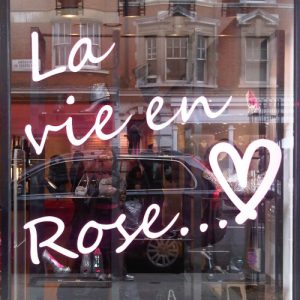 On my way to work every morning I walk past a little boutique with ‘la vie en rose’ scrawled in huge pink script across...