Frequent flyer miles are supposed to earn you free flights – that’s what those loyalty points are for, right? Now think about how many times you’ve actually been able to take advantage of those free flights. Here’s a look at why they’re are so hard to get and how you can maximize those miles: If you fly mostly domestic US flights, you’re in luck. Southwest Airlines fulfills 99.3% of award seat requests using standard mileage levels, while Alaska Airlines fulfills 75% of requests. On the other hand, Delta fulfills only 12.9%, and US Airways is one of the worst, with only 10.7% of award seats granted. Loyalty marketing programs are key to the success of airlines in reaching their target audience and ensuring customer retention, according to Jay Sorensen, president, IdeaWorks Company, but many airlines frequent flyer programs appear to be more illusion than reality. Below is a breakdown of the best mileage programs to the most stingy, according to Wall Street Journal.

Just like there are various ticket prices depending on whether they are changeable or not, there are also varied tiers for reward seats, generally standard with restrictions, and an unrestricted level for which double the miles are needed. Certain carriers such as US Airways and Delta have added yet another, mid-level tier, thereby further minimizing the chances of getting a standard level reward seat.

If “free” sounds too good to be true, it probably is. American, Continental, United and US Airways are among the major US carriers that have their customers pay both in cash and in miles for an international upgrade. Those that don’t charge customers a cash fee for upgrades do restrict coach fare classes that can be upgraded, making customers purchase more expensive tickets with their miles than if they were to pay without miles.

HOW TO MAXIMIZE YOUR MILEAGE 10 Million Miles, the Concierge Key, and Bespoke Service If you’ve don’t have your own Concierge Key yet, you’re not alone. The Concierge Key granting priority on standby and upgrades left and right that was depicted in the film “Up in the Air” really does exist. It is by invitation only from American Airlines, either because the company noticed your impressive travel record, your celebrity or some other unknown factor of greatness. Benefits on United include being first in line to board, having a private check-in room with a backdoor to the front of the security line, and a private phone number to access agents who are totally at your disposal. Global services meet 007. Steps to ultimately reaching this goal are outlined below.

Monitor those hard-earned miles and be sure to redeem them before expiration. There’s nothing worse (in frequent flyer mileage terms) than seeing 20,000 miles disappear from your account from one day to the next. TIP: Request a reward ticket before expiration, and you can always change the date of the flight as award tickets are usually valid for a year. The small change fee will generally be a lot less than paying for the entire ticket without miles.

Whoever said credit cards only help you spend money did not travel much. Earn miles with an affinity credit card, and take advantage of promotions. Regular use of your program’s affinity credit card automatically protects your miles from expiring, since the new industry standard extends the life of miles for three years from the date of any account activity. Always keep receipts and statements so that you can retro-claim any missing miles.

“More airlines are choosing to solve reward availability issues by allowing members to redeem miles, kilometers, credits, and points for hotel accommodations, car rentals, personal services, and merchandise…these methods provide more opportunities for members to spend frequent flier currency,” according to John Swanciger, Senior Vice President, Sales & Marketing for ezRez Software. ezRez Software and the IdeaWorks Company produce the annual guide for understanding and maximizing loyalty marketing. If you are set on using your miles for air travel instead of on one of the above-mentioned options, it’s generally a better value to use miles for an upgrade worth $1000 or more, instead of on a cheap domestic ticket. Mileage is also useful for taking last-minute trips that you don’t want to spend a fortune on, as last-minute bookings are usually more expensive. For any destination with a palm tree, book your reward seat 11 months in advance. If you don’t find reward seats early on, check again closer to your travel dates, as airlines sometimes open up more reward seats then. 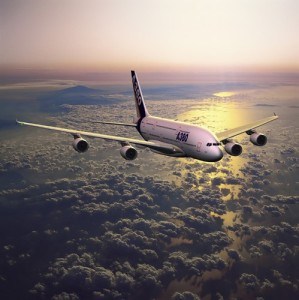 Photo credit: sitemaker.umich.edu And lastly, have a great trip!

Soheefit: I’m Perfectly Imperfect – And That’s Perfectly Okay With Me 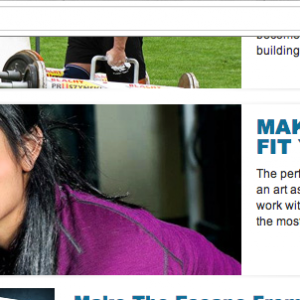 I know I’m not alone when I say that there have been many times when I’ve sat down, shaken my head, and wished...