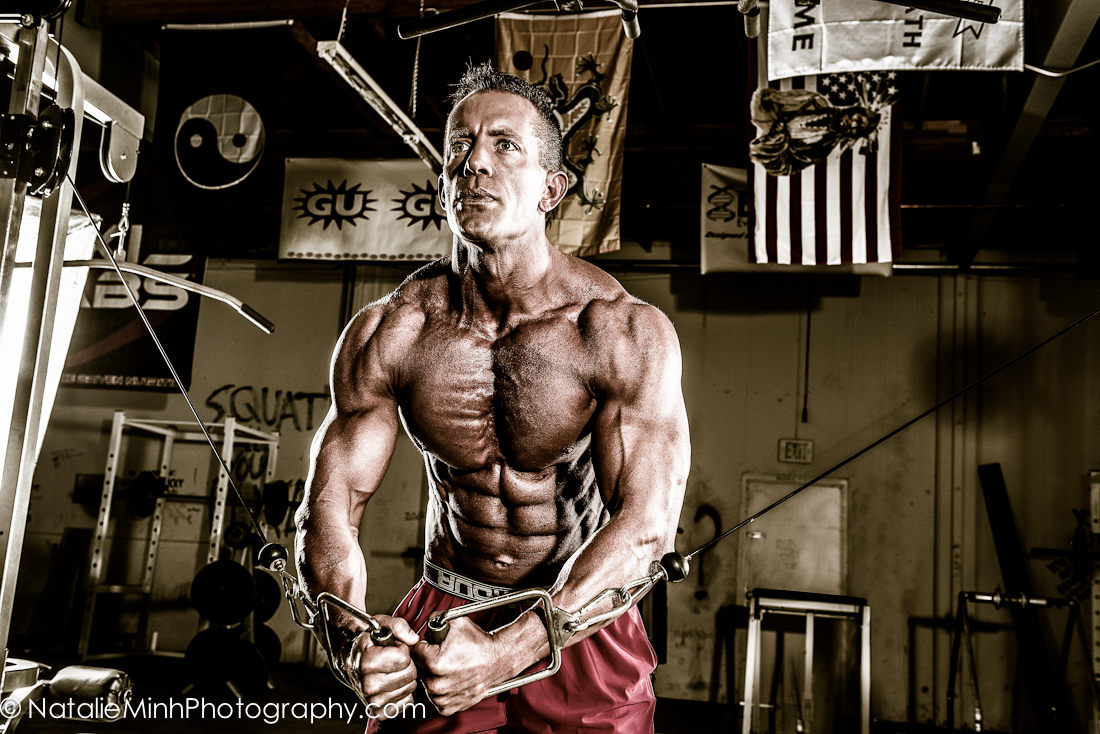 1. First tell us about yourself. (Background, job, education, etc.)

2. When did you start doing fitness competitions? What was your first competition like?

When I was a teenager I wanted to compete, but never had the guts. I always felt I was too small and needed more size in order to even place in a show. I didn’t step on a stage as a novice heavyweight until five years after I graduated high school and enlisted in the Air Force. I had the help of a fellow bodybuilder and Air Force friend, Tracy Tudor. He showed me the ropes when it came to dieting and posing. After that first show I was hooked on competing. Two years after my first show I competed again as a novice heavyweight in two more shows and placed 2nd and 3rd.

After these shows I took a long time off from competing to focus on school and transitioning to a career as an Air Force officer. I also became a dad for the first time! Seven years after my last show I decided to dust off the old posing trunks and got back on stage. In 2005, I competed in a small Missoula, Montana bodybuilding competition, placing 3rd overall.

After this competition, I took another seven-year layoff from competing. It wasn’t until recently I developed enough courage to compete again in the 2012 NPC All Armed Forces, placing 4th in the novice heavyweight class and 5th in the open heavyweight class. The reason why I decided to compete in the Armed Forces show was because I felt I had something to prove to myself. I wanted to know that I still had the ability to train hard and reassure myself that being 39 years old didn’t mean my competition days were over. It was this show that sparked another fire in me and afterwards I hired a coach to help me build more muscle mass and clean up my diet. My goal was to place higher in future shows.

However, unbeknownst to me, the day I met my new coach was the last day I would ever be a bodybuilder again. My new coach took one look at me and strongly suggested that I stop focusing on bodybuilding and pursue competition in men’s physique. My height, small waist and muscle maturity forced the switch. Six months after the Armed Forces show I was on stage at the Excalibur in Los Angeles competing in the largest NPC regional competition in history, with over 500 competitors. I entered two classes, the open and over 35. I tied for 3rd in the open F class, which had 23 competitors, and placed 5th in the over 35 class, with 18 competitors. For the first time since stepping on stage at any time in my life I finally felt truly comfortable and confident that I could compete well in this division.

Placing well in my first MP show led to a new determination and goal, earning my pro card! I soon started preparing for my next show, the NPC Gold Coast Classic, eight weeks later. I placed 1st in the 35 and over class and 2nd place in the open F class. After this I decided to enter another show two months later, the 2013 NPC San Diego Championships. I placed 2nd in both the over 35 B class and Open F class. I guess you can say I have the competing bug! 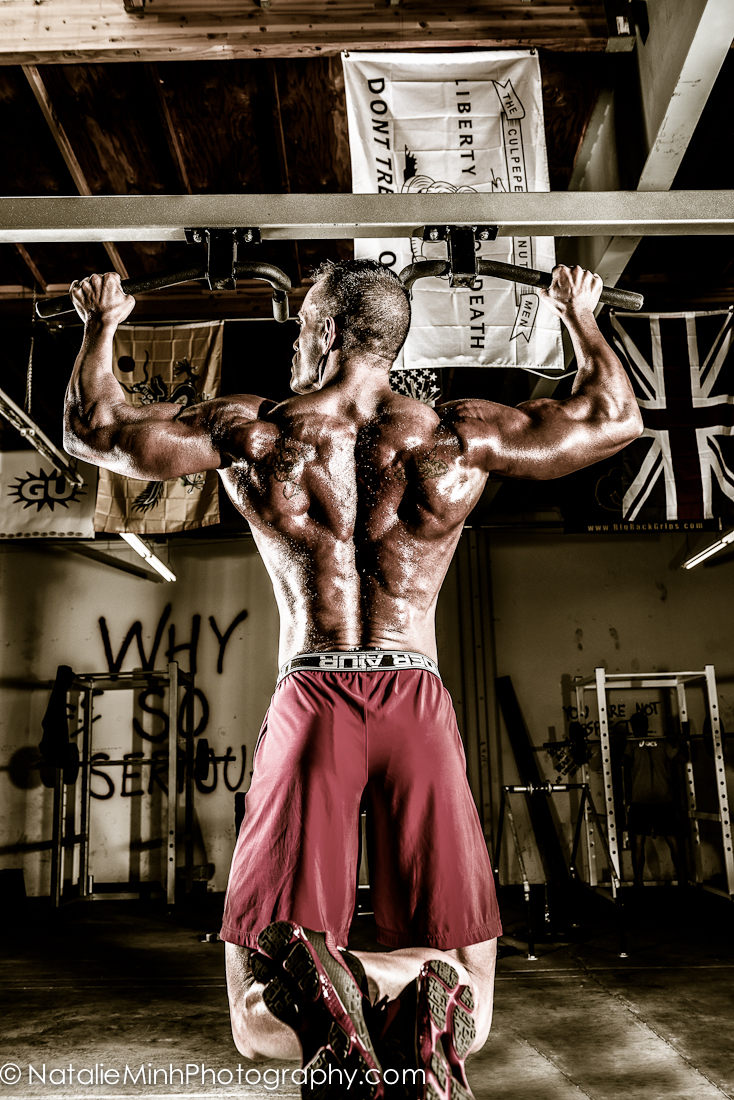 3. There are many men who just go to the gym to lift. Do you think cardio is also important? What are some cardio work outs that men can do on a regular basis?

I strongly believe in cardio whether you are doing it to prepare for a competition or to improve your cardiovascular condition. Incorporating cardio into a weight training routine can have a 2-fold benefit of burning and using fat as energy thus helping to lose weight or leaning up for those preparing for a competition, as well as strengthening your heart and improving cardiovascular endurance. I would recommend doing cardio at least 3 times a week. I like to perform both steady state cardio for 30 minutes and interval cardio training which includes 5-10 short sprints of 20-30 seconds with 1-2 minutes of normal pace intervals in between. The interval training is much more difficult however it takes less time than steady state. The key to both methods is to ensure your heart rate is within your personal heart rate zone for optimum fat burning.

4. How many years did you have to work to gain those bulky muscles? Are still gaining or are you maintaining?

I first picked up a dumbbell when I was 10 or 11 years old. It was the plastic kind filled with concert …okay I just showed my age! I was inspired by Lou Ferrigno and his role as the Incredible Hulk. I was mesmerized by his physique, especially his traps when he hit his most muscular during the TV show. To this day I call my traps “Little Lou’s.”

Additionally, I remember reading Muscle and Fitness magazines front to back whenever I had enough money to buy them. I vividly remember hitting the jackpot one day at a garage sale where I found a whole box of Muscle and Fitness magazines for $5. I was all over that! When I was 13 years old my mother bought me my first gym membership. This is when I truly caught the fitness “bug.” I would ride my bicycle 12 miles to the other side of town during the summers just to workout. When I reached high school, my priority became lifting weights and trying to get the perfect beach body. It just so happened that my gym was two blocks down the street from my high school. This is where everyone could find me after school every day. In my attempt to pack on the muscle, I took every supplement under the sun and ate like a horse trying to pack weight onto my 6’2” frame. My food intake couldn’t keep up with my high metabolism … it was surely a struggle!

Currently my goal is to maintain and define the muscle I have. I have been told by many NPC judges that if I get any bigger I could start losing points while competing in Men’s Physique. So, my current plan is to not get any bigger yet better shape and define what I have. My days of trying to pack on as much mass as I can are over and now my focus is on proportion, shape and definition.

5. What is your diet? Do you take any food supplements to help with building muscle mass?

Dieting is the hardest part of this lifestyle. I like to remind people it’s 90% diet and 10% training. I eat 4 to 5 times per day, only concerning myself with macronutrients such as protein, carbs and fats. Eating a clean diet is hard enough, so I don’t really worry about all the other stuff such as sugars, sodium, etc., until it gets closer to competition time. Besides, if you eat clean it usually takes care of itself. My portion sizes throughout the day are pretty much the same. I only increase carbs and protein in my pre and post workout meals. Aside from breakfast, I truly feel these are 2 of the 3 most important meals. I only eat whole foods besides my protein shakes and meal replacements.

I prepare all my food for the week on Sundays. I grill chicken and fish, bake a bag of sweet potatoes (which I make French fry style), cook quinoa, rice and vegetables and place all these items in large containers. Then I can transfer the food to smaller containers for the next day. If you prepare all your meals on Sunday it makes it easier to remain disciplined and you never have to wonder what you’re going to have for lunch or dinner. I take an ample amount of supplements to aid my training and overall health. I have three staple supplements that I use every time I train: whey protein, an intra-workout drink with amino acids and NO2, and a post-workout supplement. These supplements help my body prepare for training, before, during and after. I also take a multi-vitamin, BCAAs, CLA and omega-3 . When I’m preparing for a contest, I also take a thermogenic. 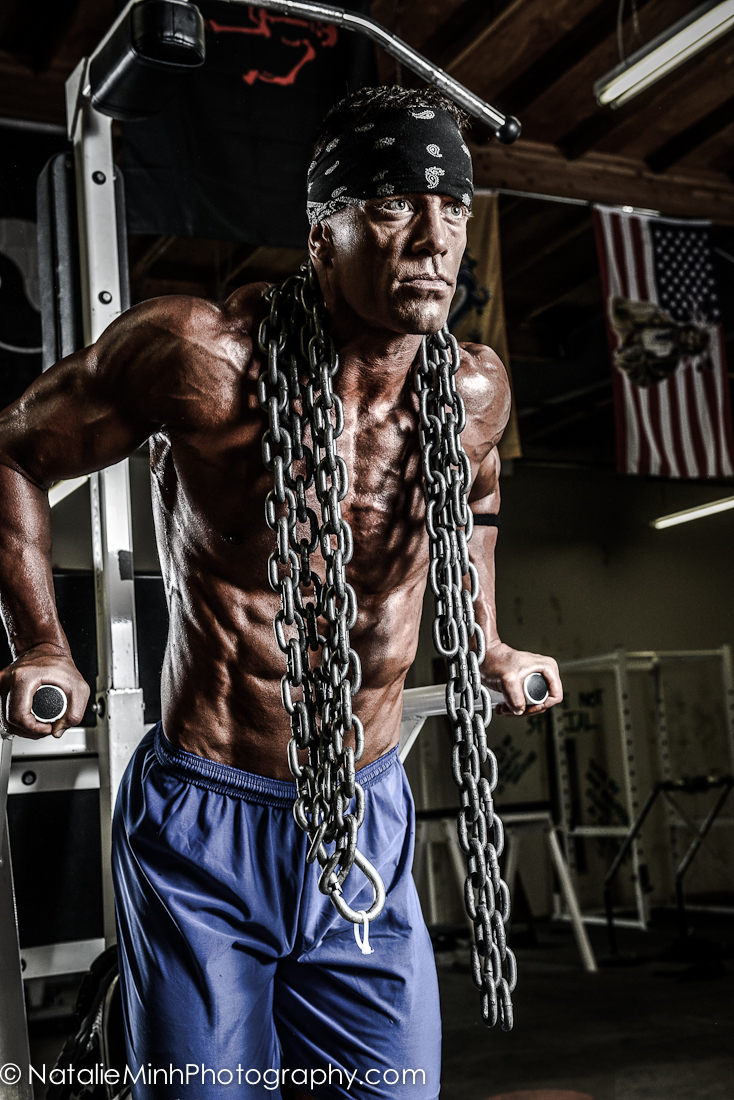 6. Aside from bodybuilding, are you involved in any sports or other fitness activities?

In addition to both my training and Air Force career I also started a small personal training business, Victory Fitness Certified Personal Training. During my off duty time and when I’m not training for myself I help family members, friends, and military co-workers with their health and fitness goals. I truly love training people and watching them change their lifestyles for the better. Seeing and being a part of my clients reaching their goals gives me all the satisfaction in the world!

I truly enjoy being in the fitness industry and motivating others to live a healthy lifestyle. Since switching over to men’s physique, I have received so many emails thanking me for motivating them to get into shape and change their unhealthy ways. I think a lot of it has to do with being 40 years old and proving that you can look and feel your best at any age! Also since switching over I’ve had the opportunity to have several photo shoots with some of the industry’s top photographers, my first being Natalie Minh. Just recently I was chosen for a 2-page training article in Muscle and Fitness as well as a one page athlete bio as a Lone Star Athlete in Natural Muscle. My ultimate goal is to have a cover photo on a leading fitness magazine.

8. What are some of your long-term goals that you wish to accomplish in the fitness industry?

I would say the one goal I would like to achieve as a fitness model would be to be a positive role model and motivator. Being in the military this is very important because I’m representing something that is larger than me, I’m representing the United States military! I have a great opportunity to influence many people from all walks of life about the benefits a healthy lifestyle and show that it can be done no matter what profession you have…even serving in the military.

9. Do you have any words of advice for those men who wish to enter into the fitness industry as well?

The advice I would give is to be patient and proactive. Success doesn’t come all at once and it will surely not come looking for you. As with building an esthetic physique, success in the fitness industry takes time and dedication. Don’t let one set back stop you from pursing your next goal. The one who has persistence and determination will be the one who will be successfully in this industry. Next, once you’ve made a name for yourself, remember where you came from and those who helped you along the way. Share your experiences every chance you get and pay it forward. Lastly, stay humble and more importantly never compromise who you are.

Gypsy Jetsetter: Revitalize Yourself In Wales 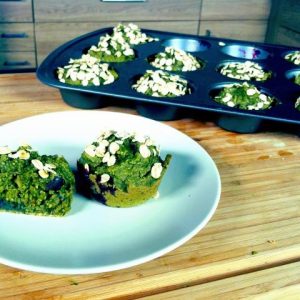