Planters conducted a study revealing what makes a man tick and gave us some very surprising data.  According to the study, in the last five years, he believes he is doing more household chores at an overwhelming 86%. 82% believes he is doing more on child care and a whooping 88% of them, believes that they are doing more grocery shopping. The study also revealed that modern men believed peanuts are “manly” and at the same time “healthy” and when asked to whom likely they share their peanuts with and the common reply was to their wife.

When it comes to sport, majority of modern men thinks that football is the manliest sport and beer is the manliest adult drink. What is more interesting is how modern men have put emphasis on healthy living. They have taken steps to stay healthy in which 62% of them has recently started doing some sort of exercise while 53% of them decided to choose healthier snacks. What are you doing more of lately? 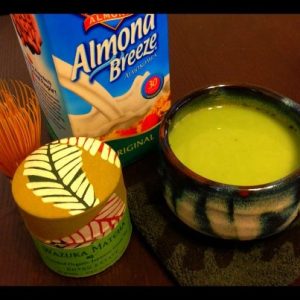 Low Calorie Green Tea Latte Coffee alternative. Matcha green tea can give you as much caffeine as coffee! Low Calorie...