The travel industry is making a strong comeback – tourism is on the rise and new travel trends are appearing around the world. One industry organization, the U.S. Travel Association, forecasts that spending on leisure travel will increase to $519.6 billion this year in the United States, from around $489 billion in 2009.

Hotels don’t want to lower their brand image by displaying slashed prices online, but they do want their rooms to be filled. The solution? Private Sales. These take place on exclusive website where customers can take advantage of these deals, although they can also sometimes be found through facebook and twitter as well.

Jetsetter.com by the Gilt Groupe offers deals on luxury hotels and vacation rentals and Tablet Hotels, a selection of luxury and boutique hotels worldwide featuring verified guest hotel reviews, has a private club; to join, you have to book a stay on the site, be invited by a member or fork out $195 for a Plus membership, although the site has been known to post a promo code on its facebook page, according to Time magazine. Vacationist.com is another members-only website offering private sales on luxury hotel rooms, which was launched in April by LuxuryLink.com and Travel + Leisure. 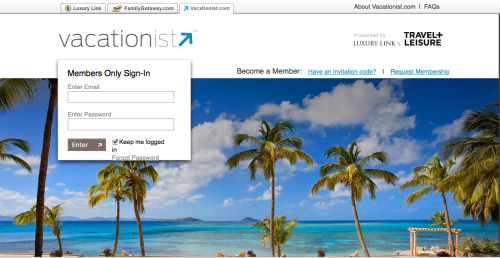 Airfares and hotel rates can be much more easily compared than in the past thanks to increased price transparency, especially on meta–search engines such as Kayak or Sidestep.

The competition is fierce so the airlines and hotels reward customer loyalty — not just by granting frequent flyer miles and other perks, but also by offering last-minute discounts via promotional codes through e-mail newsletters and to friends and followers on social networks such as twitter and facebook.

Approximately 592 million rooms were booked through July, compared with 552 million a year ago, according to Smith Travel Research. Rather than slashing prices, hotels are enticing travelers with a complimentary extra night stay, a free meal or a gift.

Don’t have anyone to travel with? Don’t worry. The travel industry is finally accommodating solo travelers. Jane Hotel in New York City is introducing rooms for singles — they’re tiny (50 sq. ft.), but the idea is that solo travelers are unlikely to spend a lot of their stay in the room. Hudson Hotel in New York (part of Morgans Hotel Group) also has rooms for singles that are a bit larger, and there is also the Pod, which opened three years ago with 345 rooms averaging 100 square feet. The British chain Yotel, known for sleek capsules that travelers rent by the hour at European airports, is opening its first center-city hotel in New York City next year. 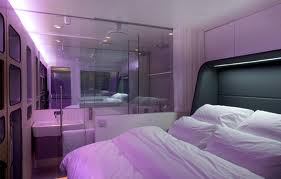 The hospitality industry has recently adopted the non-refundable concept of plane tickets. Companies such as Hilton, Hyatt, Starwood and Fairmont have been offering extra-low rates. Sounds too good to be true? The catch is that they are not changeable or refundable but by the time you realize that they’ve already lured you in!


The Transportation Department’s new rule forcing planes to disembark passengers after three hours of waiting on the tarmac eliminates long delays sitting on the runway. Unfortunately though, airlines would rather cancel flights than risk this kind of hassle.

Note that if you’re flying out of a European Union country, the E.U.’s passenger-friendly laws cover all passengers, even if they’re on a non-E.U. airline. So if your flight is delayed or canceled, the airline may have to cover your hotel stay and meals or even pay YOU a fee.

The airlines that still offer free hot meals are few and far between. Not charging a checked-in baggage fee is now practically unheard of. While tickets are technically cheaper nowadays, they include a lot less than they used to – flying has gone from being a luxury to an affordable mass-market pastime. If you’re in the sky today, food, entertainment, checked baggage, seat selection, a guaranteed standby seat, a pillow and blanket or priority boarding are often available at a cost. These seemingly nominal fees generated nearly $8 billion for American carriers alone last year.

According to the New York Times, United States airlines collected $769 million in baggage fees, but they also made an eye-popping $554 million from reservation change fees, which have risen as high as $150 for a domestic ticket on American, Continental, Delta, United and US Airways – from January to March 2010 alone. Those airlines all charge up to $250 to change an international flight, and if you book your ticket through Orbitz or Travelocity, you have to pay the agency an additional $30 change fee.

Recent evidence shows that the airlines aren’t done finding new ways to monetize the flying experience, according to Time magazine. Spirit asks for $20 to $45 to put a bag in the overhead compartment and British Airways charges £10 to choose a seat more than 24 hours before a flight.

Last autumn, many airlines began imposing holiday surcharges for travel around Thanksgiving, Christmas and New Year’s – a practice that expanded to “peak travel” surcharges of $10 to $30 almost every day this summer. 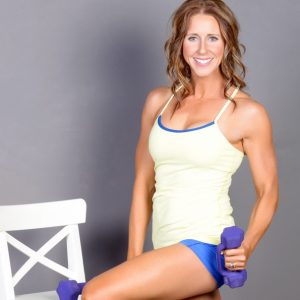 1. Tell us about yourself. (Background, education, job, etc.) I currently live in Sacramento, Ca with my husband and two kids,...